Submenu on the topic Research 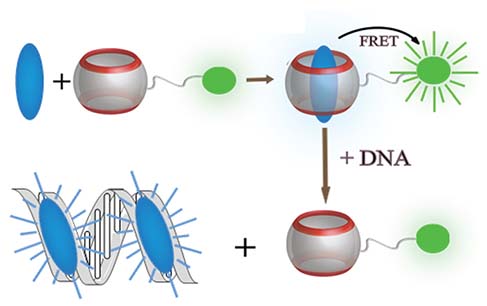 We detect biomolecules and other analytes with our supramolecular sensor systems. 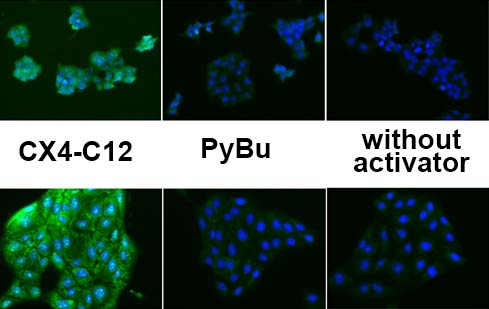 We study supramolecules in the biomembrane to monitor and control membrane transport processes. 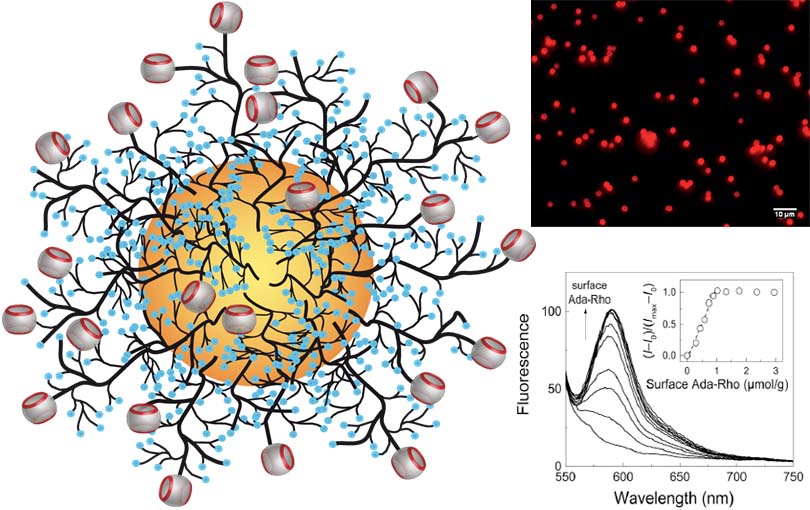 We have developed a fundamentally new approach to monitor biochemical reactions. Therefore, we exploit that the spectroscopic properties of guest molecules change, when they bind to supramolecular host molecules. This is especially useful with dyes, which change their color or fluorescence upon binding.

When strongly binding molecules are created, e.g. in the course of an enzymatic reaction, the new molecules will bind to the supramolecular host and displace the dye. This leads to a color or fluorescence change of the dye and enables the detection of the biochemical reaction.

Within the recent years, we have

The ability of a cell to seperate its inside from the outside and to maintain a stable balance between uptake and excretion of metabolic products has long inspired supramolecular chemists to mimic these functions and potentially create supramolecular systems that can be interfaced with live cells.

We have therefore developed and investigated supramolecular transport systems, which can selectively transport hydrophilic substances across biomembranes and in which transport can be switched on and off. This includes anion transport depending on membrane potential and selective transport of peptides, which have been dephosphorylated by phosphatases.

It is also of interest in many research areas, whether a compound can cross the hydrophobic barrier of a biomembrane, for example, in drug discovery and for cell-penetrating peptides (CPPs). Popular screening methods, such as the ANTS/DPX or CF assays, allow an initial assessment, but they cannot unambigously verify actual membrane transport.

We have recently introduced a new method using supramolecular host-dye complexes, which have been encapsulated in the vesicle lumen of liposomes (LUVs and GUVs). In this way, externally added compounds can only bind to the host and displace the dye, when the compound actually crosses the biomembrane and reaches the vesicle interior. This enables us now to unambiguously detect membrane transport by the accompanying spectroscopic response of the intravesicular host-dye complexes.